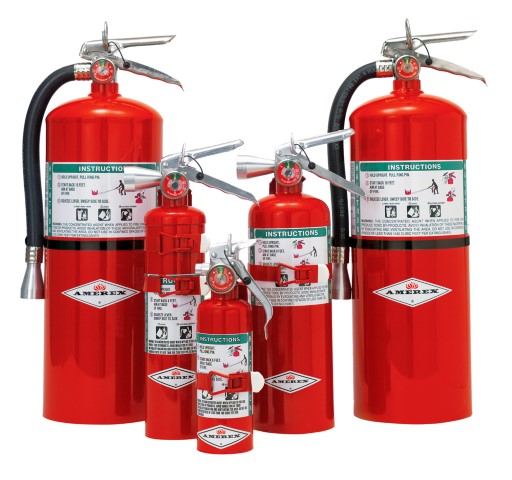 The first concept to understand is that there are different classes, or types, of fires. Fire classifications are based upon the materials which have, or could, catch fire. These materials constitute the type of fuel available to a fire.

In the United States, fire classes are designated by a letter. Each class of fire also has an assigned symbol and pictogram, which are found on fire extinguishers to help users quickly identify the classes of fires on which the extinguisher will be effective.

Following is a review of the fire classes and the associated symbol and pictograms:

Conversely, for each class of fire, you will find multiple types of extinguishing agents that are approved for use. For example, if you need an extinguisher to protect against Class A fires, you can purchase extinguishers containing water-based solutions, dry chemical powders and liquid foams.

Certain agents may be chosen over others to meet the needs of a specific application. For example, fire extinguishers containing clean agents, which are gasses that extinguish a fire without leaving any residue, are commonly used to protect areas with computers and other expensive electrical equipment. While an extinguisher that expels a chemical powder agent will also work for these types of fires, the damage caused to the equipment from the introduction of the powder could be disastrous.

Using the wrong agent on a fire can result in unsafe results, such as a partially extinguished fire or even a worsening of the situation. Anyone who has poured water on a grease fire has witnessed this first hand!

Following is a list of the most common types of fire extinguishers available:

Dry Chemical
Dry chemical fire extinguisher are typically rated for multi-purpose use and are approved for Class A, B and C fires. These are the types of extinguishers most commonly found in residential, business and commercial environments.

There are also dry chemical extinguishers that are only approved for Class B and C fires. These are used primarily to protect areas with large amounts of flammable liquids.

Wet Chemical
A wet chemical fire extinguisher work by creating a barrier between the oxygen and fuel elements to prevent a re-ignition of the fire. They are typically used in commercial kitchens for protection against fires caused by deep fryers.

For use on: Primarily Class K fires.

Water & Foam
Extinguishers that use water or foam agents are used for Class A fires only. They are potentially dangerous if used on Class B fires (flammable liquids) as the agent may cause the flammable liquid to spread.

For use on: Class A fires.

Carbon Dioxide
Carbon dioxide fire extinguishers suffocate a fire by removing the oxygen needed for the fire to survive. They are used on Class B and C fires.

Carbon dioxide extinguishers should not be used on Class A fires since the agent is often unable to penetrate the combustible materials. This can result in a situation where a smoldering fire appears to be out, but can later re-ignite.

For use on: Class B and C fires.

Dry Powder
Dry powder fire extinguishers, not to be confused with dry chemical extinguishers, are used to treat combustible metal fires. These extinguishers are normally found in industrial environments. The dry powder agent used is typically specific to the type of metal being protected.

For use on: Class D fires.

For use on: Class A fires. Also safe for Class C fires.

Clean Agent
Also known as halogenated agents, clean agent extinguishers use a gas to extinguish fires. The primary benefit is that the gas evaporates cleanly without leaving any type of residue. This is particularly beneficial for protecting expensive computer equipment, art or irreplaceable items.